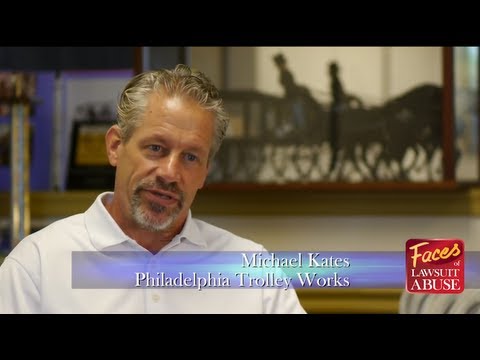 When a Philadelphia trolley grazed the mirror of an oncoming bus, nine trolley passengers tried to cash in by filing lawsuits alleging injuries suffered from the accident.

But what they didn’t know was that they were being watched.

Knowing that fraud such as this was possible, Kates spent $5,000 to install a video monitoring system in his Philadelphia Trolley Works cars. When the video of the incident showed what really happened, his $5,000 investment likely saved him millions of dollars of legal costs in years spent fighting these bogus claims.

A 2011 survey of small businesses conducted by the U.S. Chamber Institute for Legal Reform found that more than one-third of these business owners had been sued or threatened with a lawsuit at some point. To protect themselves, businesses are turning to video camera systems.

“Companies are increasing their use of cameras based on cost effectiveness, based on the ability of the camera to provide a very accurate portion of what happened.  Also, to prove what didn’t happen,” said security expert Tom Kasza.

“Unfortunately I just think you have to be skeptical of every thing and everybody out there attempting to do this,” concluded Kates.