What Happened in 1991, The Year the TCPA Was Passed?

Only a few weeks into 2016, the year so far has been a fast ride. The stock market has plunged. The campaign trail rhetoric is now blazing hot, with the presidential primary season only weeks away. There have been several high-profile celebrity deaths, and nearly a third of the country’s population has been blasted by the record-breaking “Snowzilla” snowstorm. 2016 also marks another milestone: the 25th Anniversary of the Telephone Consumer Protection Act (TCPA).

What’s that? Never heard of the TCPA? The law was originally designed to alleviate telemarketing calls during dinner and junk faxes. It gives individuals the right to bring lawsuits in small claims court for violations.

Why the balloon in case filings? While there may be several reasons, most likely is a combination of two: opportunistic plaintiffs’ lawyers, and the fundamental change in the technology.

Back in 1991 the first website was created. Cell phones were as big as bricks, and weighed as much as a dumb bell. There were no smart phones, text messages, or other types of technology that we take for granted today.

Contrast our changed world with what has not changed, and you’ll have your answer. And what hasn’t changed is the TCPA itself. The Act itself has not been altered since it was passed in 1991.

The Los Angeles Lakers sent a response “thank you” text to their fans at the Staples Center who responded to an in-game promotion by voting for their favorite song via text. For that, the Lakers were sued for tens of millions of dollars under the TCPA.

In 2016, a phone call is equal to a text. Send a text to five people and you just might have committed five violations of the TCPA, each costing $500- $1,500. Multiply that by tens of thousands of texts sent from businesses to their customers, add in an opportunistic trial bar, and you’ll see why the TCPA no longer adds up.

To commemorate this outdated statute, here are 25 things that also happened in 1991. 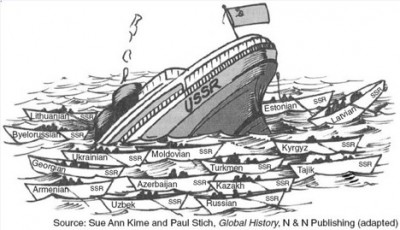 2. Beauty and the Beast, Silence of the Lambs, The Addams Family, City Slickers, and Terminator 2: Judgment Day were released.

3. The Terminator was the most popular Halloween costume. 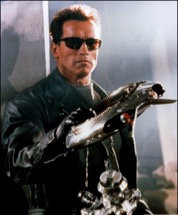 4. Dances with Wolves was awarded the Academy Award for Best Picture. 6. Some of the most popular TV shows included: Cheers, Full House, Home Improvement, Roseanne, Fresh Prince of Bel-Air and Baywatch.

7. Clarence Thomas was nominated by President George H.W. Bush to the Supreme Court. 9. The World Wide Web was launched to the public. 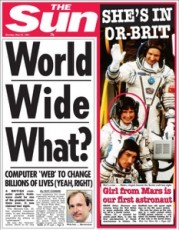 10. Bomber jackets were a fashion must-have. 14. Magic Johnson announced he had HIV and retired from basketball. 18. The Ren & Stimpy Show made its debut on Nickelodeon, forever leaving this jingle stuck in your head:

19. Sonic the Hedgehog was released, causing parents to dash out to buy the Sega Megadrive so their children could share adventures with their blue spiky friend. Sega Game Gear was also the hottest selling Christmas gift. 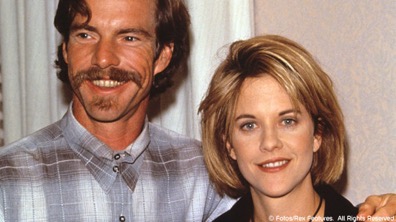 23. Some of the year’s best songs included: Michael Bolton “When a Man Loves a Woman,” Boyz II Men “Cooleyhighharmony,” Nirvana “Smells Like Teen Spirit,” Bryan Adams “Everything I Do I Do it For You,” and Michael Jackson “Dangerous.”

24. Brad Pitt was not yet a household name, but did star in this epic Levi’s 501 commercial:

25. The Chicago Bulls won their first ever championship in franchise history.

While the world has drastically changed since 1991, the TCPA has remained the same. And while unwanted telephone solicitations and junk faxes should always be outlawed, a law created 25 years ago should be modernized to fit our modern communications society.

Today, companies need to communicate with their customers using modern tools. An airline, for example, needs to be able to tell their customers if their flight is late, or where to pick up their lost bags. If the TCPA makes these airlines vulnerable to lawsuits for texting their own customers, something is wrong.

The TCPA can still serve an important role of consumer protection, while modernizing it to account for the fact that no one wears grunge fashion, carries a pager, or uses Microsoft Windows 3.0.